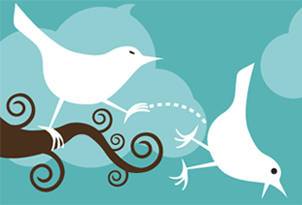 You could be running a Facebook fan page, a Twitter account or even a Tumblog, but if you’re not staying on top of how frequently you post, your followers and their reaching out to you, or keeping everything up-to-date, people will soon lose interest.

The reason people sit on rollercoasters is the thrill, knowing that they’re not just travelling at high speed, but because there are rises and falls and loop-the-loops. Social media is no different – people want their social feeds to constantly keep their minds stimulated, and a lack of content or creativity can be really off-putting.

One of the mistakes people make is the assumption that if you’re really pushing your social media activity, you should be doing it in an almost office-like (or an actual office) environment. This isn’t a good idea – in fact, the more mobile you are, the more impressively organised your feed looks and the more content you’ll end up posting.

After all, all those apps on your iPhone can add a huge variety of media, rather than 140-character text posts. Think about using services like Vine – six-second video snapshots that can be cut and sliced up to look fantastic. Perhaps also YouTube, or Instagram – anything that allows people to look, and watch, rather than solely read. A multimedia feed is always going to stimulate more minds more than a constant flow of text.

There are also buffer services that can really add to your ability to constantly output content without having to manually do so over the course of the day. Services like the Buffer iOS app mean that you will be able to slowly push out fifty content-filled tweets over twenty-four hours to ensure it’s never quiet on your social front, even though you only spent a concentrated hour or two putting them all together. Doesn’t have to be fifty, of course, but at least twenty or so tweets that aren’t responses and manual, quick tweets are great.

If you blog, commit. In today’s environment, a burst of blog posts going onto social platforms for promotional purposes followed by a vanishing act don’t go down well. Social media is a double-edged blade, as it can make you look incredibly busy and incredibly lazy at the same time – often with the same tweet. The best way to avoid eventualities like this is to blog when you’re on the move. On a bus? Blog. On the train? Blog. Doctor’s waiting room? Blog. Even the WordPress app will work great.

Speaking of blogging apps, Tumblr’s official iOS app means a constant flow of content both to reblog and comment on, and also to put through other social media feeds. Don’t keep great things to Tumblr – a JPEG, a GIF, a Video, or even a blog post can be interesting to those on your Twitter and Facebook feeds, even Pintrest, so don’t ignore the potential for content being dropped into your Tumblap!

You can also make use of high-quality apps for platforms that aren’t going to shove anything special your way short of convenient shortcuts, like Tweetbot. But the big bonuses come in when you delve into the “power-user” section of social media apps for iOS. Invaluable apps include those like HootSuite that do Facebook and Twitter, with post scheduling and even analysis of how popular your linked content is.

Using social media is easy, but mastering it is an ongoing process that, like anything else, is impossible to do completely, but you can put yourself significantly ahead of the competition by staying mobile and making the most of iOS apps that are going to help you do that. Stay mobile, stay smart, stay productive, and stay renowned.