Apple’s current flagships, the iPhone 6s and iPhone 6s Plus, are still making a buzz online. In fact, some countries are still waiting for the delivery of their Apple handsets. But, its outstanding sales this year is highly notable in the mobile industry. In only three days on its primary markets, the company was able to sell 13 million units. 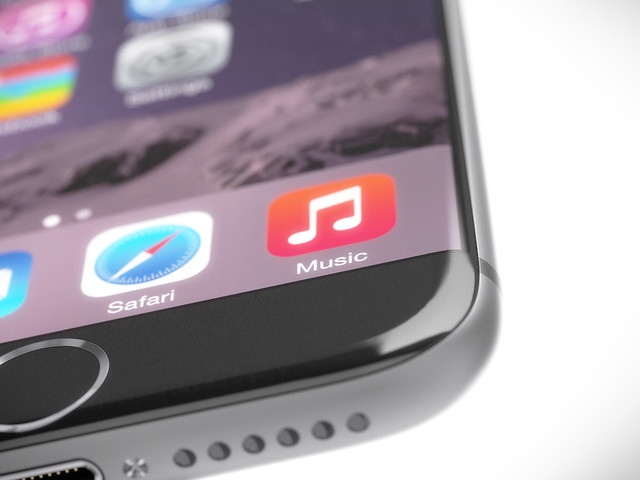 “Sales for iPhone 6s and iPhone 6s Plus have been phenomenal, blowing past any previous first weekend sales results in Apple’s history,” said Apple’s CEO Tim Cook. “Customers’ feedback is incredible and they are loving 3D Touch and Live Photos.”

The new Apple handsets are the top smartphones on the market today, and almost every mobile user wants one. However, iFans all over the world are more excited to see Apple’s next flagship – the iPhone 7. We all thought that the tech company would release their 7th iPhone this September, but despite all the hardware upgrades Apple called it the iPhone 6s instead due to its similar physical design from its predecessor. YouTube has been filled with various conceptual designs for the iPhone 7 such as the one below:

But, what made us more excited for the iPhone 7 are the following new technologies we are hopeful to see soon on Apple’s next flagship:

AI Technology
As much as Apple would want to keep their activities in the dark, some leaked information helped experts understand what they are planning next. Recent reports reveal that Apple is working hard on developing artificial intelligence technology. But, they were not the only one seeking the key to this innovation, as Microsoft and Google are also actively working on the same project. Previously, the California-based company was reported to hire at least 86 AI experts to help them do the job. But, it seems that their recent acquisition of two AI startups deep learning Perceptio and voice technology VocalIQ can give Apple the extra hand they need.

If you are wondering how AI can make your smartphones smarter, then think about Siri being able to communicate with you naturally (more conversational and more human), keeping memories of your past conversation like a regular human being. It can be quite frightening at one point, but we have been highly reliable on mobile devices for quite some time – it’s about time we revolutionized technology in a whole personal level.

See-through Display
Late last year, Apple was finally awarded their long-awaited patent for the AR-enabled transparent display. Based on the Patent request entitled Transparent Electronic Device, “they described it as “ a display with one or more screens that would allow real-world viewable objects to be overlaid with a visible window on an otherwise opaque display screen.” The patent request also discussed the usage of a “black mask,” that will be used to hide the electronic components or hardware behind the display. This will allow the user to see through the glass panel smartphone and view the physical objects on the other side. The said displays are also built with augmented reality technology.

Waterproof
Based on a report by MacRumors, there is a possibility that Apple will make the iPhone 7 full waterproof handset. The company has been working on making their devices fit those users with an “active lifestyle.” In fact, the next handset could be built with a non-metallic casing material. The company was also reported to be testing iPhone 7 prototypes in October for water- and dust-proof.

Unknown to many, the company already applied the silicone hardware cover on their iPhone 6s and 6s Plus handsets. However, we are not certain if the said handsets are waterproof or only water-resistant. What’s the difference? Waterproof is the ability to resist water for a long period of time (usually 30 minutes or less) and in a certain depth (or a meter usually(. Meanwhile, water-resistant is the ability to withstand water splash or survive being dropped in a leveled water quickly. But, a video by EverythingApplePro showed that the two new handsets are able to survive being dunked in a bowl of water for less than 15 minutes. Without any damage, it is able to resist the liquid and can still work under water.

There are various rumored new features to expect on the iPhone 7. Of course, we expect a fresh design (an edge-to-edge screen) that gives us more space to work with. Then, an upgraded processor (A10x), new iOS 10, possible better biometric technology, and the rumored wireless charging.
What do you expect to see on the iPhone 7?
Leave a comment with us below.